September 2018 Case of the Month

SEPTEMBER 2018 CASE OF THE MONTH
Focus on: Ataxia & Pain 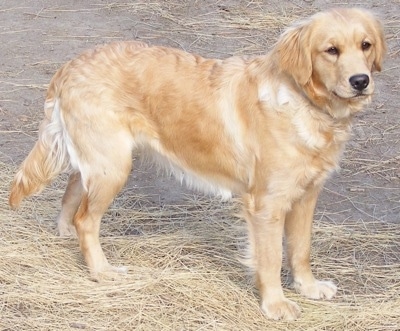 Buffet, a 13-year-old MN Golden Retriever, was presented to SCAN for evaluation of progressive difficulty walking in the hind legs, particularly the left. The owners had noticed a few months previously that he was occasionally stumbling over steps but progression was slow until two days prior to referral, at which time he deteriorated acutely and became paraparetic, worse on the left.

Buffet’s physical exam was unremarkable. A full neurological exam was performed; he was weak in his right rear with normal proprioception and had UMN deficits and loss of proprioception in his left rear. Deep palpation under the caudal lumbar muscles revealed a firm ridge of tissue running parallel to the spinal column; the area was painful to Buffet during palpation and there was no corresponding structure on the right side. CBC and serum biochemistry performed at SCAN had no significant abnormalities. Thoracic radiographs performed at SCAN showed no metastasis and no contraindications for anesthesia. Pelvic radiographs were taken at SCAN to evaluate the palpable lesion in the left sublumbar region. There was equivocal irregularity in the caudal sublumbar musculature in the lateral view (Figure 1). The VD view, including the inverse view, showed no obvious disease (Figures 2,3).

A full contrast MRI of the caudal lumbar spine and pelvis was performed. Despite the apparent lack of disease seen on standard radiography, there was a profound abnormality detected by MRI. There was extensive invasion and destruction of the left hemipelvis with soft tissue components invading the gluteal muscles and sublumbar muscles with encroachment into the intervertebral foramen (Figure 4). The radiologist report confirmed that the findings were consistent with an aggressive, malignant tumor.

Figure 2: VD radiograph of the pelvis which does not show any obvious pathology. 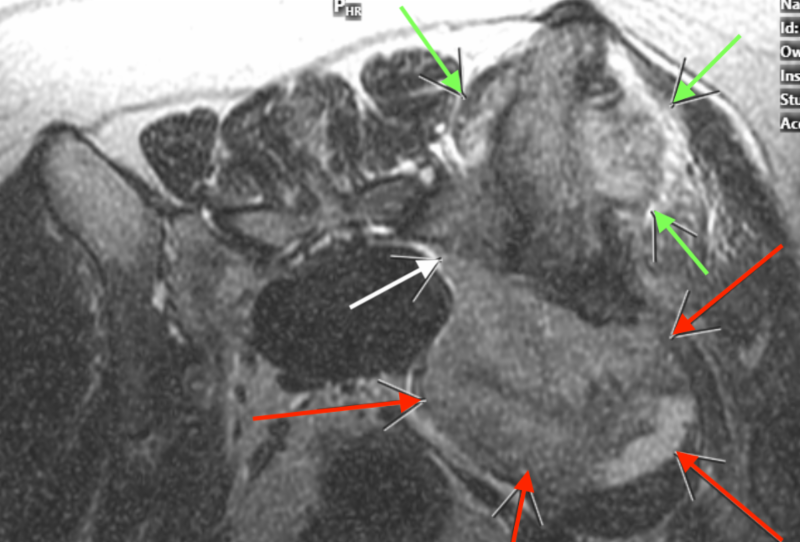 Because of the aggressiveness and invasiveness of this tumor, surgical treatment was not feasible or recommended. A hemipelvectomy with debulking of the sublumbar tissues and dorsomedical dissection to debulk the tumor moving through the intervertebral foramen towards the spinal canal was unacceptable to the owner as it would not have been likely to slow the advance of the disease or provide much pain relief. They also did not wish to pursue biopsy for histologic diagnosis in preparation for palliative radiation or chemotherapy. Due to the poor prognosis, Buffet’s owners elected humane euthanasia.

This patient presentation demonstrates the superior scale of soft tissue sensitivity offered by MRI compared to other imaging modalities. There is a striking difference in the level of disease detection when comparing radiographs versus MRI of the same region, allowing the owners to see the advanced stage of the disease. This allowed the owners more clear decision-making and closure prior to euthanasia of their beloved pet.