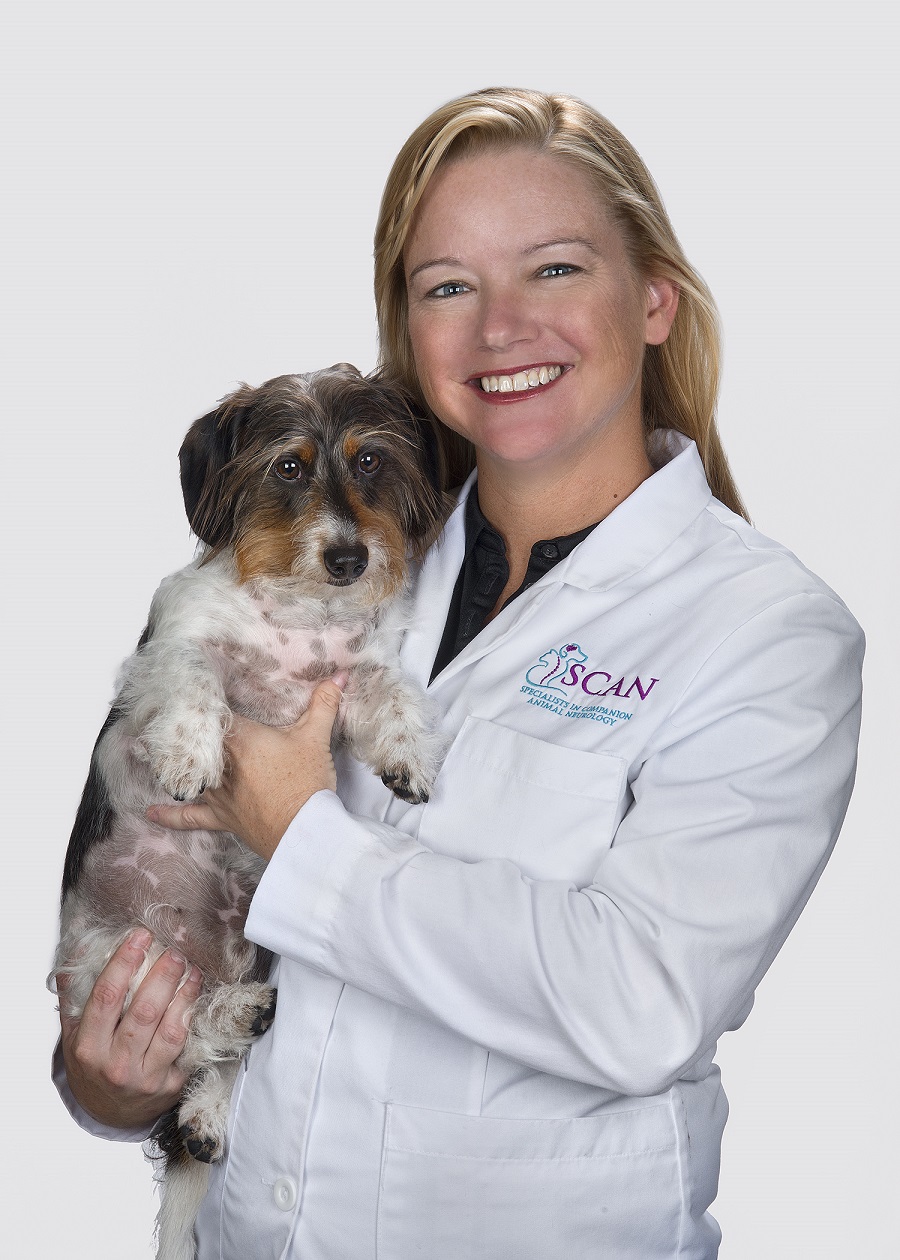 During the completion of her neurology/neurosurgery rotations in veterinary school, Dr. Carnes first witnessed the incredible reward of being able to restore an animal’s ability to walk again through surgery following a spinal cord injury. Thereafter, she knew that her professional calling was to specialize in veterinary neurology/neurosurgery. As a Florida native, following completion of her residency and board certification in 2008/2009, Dr. Carnes moved back to Florida and has been practicing neurology and neurosurgery in private practice. Her professional interests include neuro-oncologic surgeries of the brain and spinal cord, seizure management, Chiari-like malformation/syringomyelia and pain management. Dr. Carnes also has a special interest in non-invasive advanced imaging procedures of the brain and spinal cord, specifically high-field MRI and CT which are conveniently located within the hospital. She has presented research both nationally and internationally and is a Founding Member of the Veterinary Neurosurgical Society.